What Makes Us Tick! 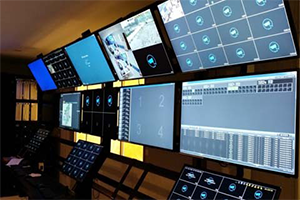 The Command and Control Center (C3) is the nerve Center of the iSCADA activities and operates at two different levels. One would be to interface and coordinate with national and local agencies and other stakeholders to prepare and mitigate risks associated with natural and man-made disasters. The other would be to have resource allocation information available for first responders and volunteers to react and coordinate timely, adequately and appropriately in the face of disaster. The information collected from the field would not only be used to evaluate and coordinate tactical actions, but would also be the data that other agencies would need and use if the disaster developed into one larger than the local system could handle, bringing to mind the recent typhoon Yolanda. Knowing what resources are available locally, regionally and/or nationally is crucial at the onset of any disaster. Additionally, other agencies might have data that would be useful to the local system to be used in the first response scenario that they could provide. All data needs to be in a format that would be passed back and forth seamlessly so that all involved would have current data that would expedite deploying resources during and immediately after the disaster.

Specific Modules of the System

We strongly adhere towards adaptability, integrity, and quality service.

Adaptability — Breaking new ground in the business world by providing innovative solutions to attune our consumers need with everyday demands.

Integrity — As we are in strict adherence to incorruptible code of values that will keep every cent you entrust to us.

Quality Service — In making everything work together to deliver our promise to you.